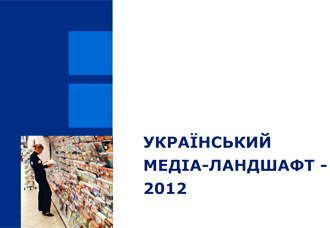 Internews presented fidnings of its annual survey of Ukrainian journalists in 2012. Overall goal of the survey was studying journalists’ professionalism and needs in training and other technical support. The research studied journalists’ perception of cesorship, paid journalism and freedom of speech, learned about inside and outside factors impacting the quality of journalist work including legal knowledge, adherence to ethical standards of journalism, employment relations, needs in professional training. The report showed to which extend Ukrainian media consider audience’s interests. 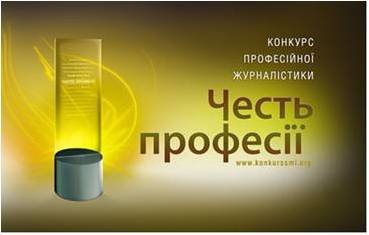 The Academy of Ukrainian Press (AUP) conducted next wave of the content analysis of new programming at eight leading TV channels of Ukraine. In April 2013, the channels had 23% of balanced reporting; share of reports on political issues increased to 26% of all news.

Top channels news: enforcement agencies and local government bodies are the leaders of attention in the news

19 key events were being discussed in the news from different positions (in March – 19, in February – 23, in January – 17). Pavlichenkos’ case, the gas supply problems, the distant meeting of the parliament: there were the topics, which received the most variable interpretation.

The monitoring survey covering  TV news broadcast by eight most popular Ukrainian channels in April 2013 is the part of the on-going media monitoring conducted by Academy of Ukrainian Press since 2002.

The presented survey was conducted by the AUP with engagement of the researcher of the Institute of Sociology, NANU. The content analysis methodology has been applied focusing on prime time news broadcast by eight most popular Ukrainian TV channels – Inter, 1+1, Novy Channel, Ukraine, STB, ICTV, Pershy Natsionalny and TVi.

This study is made possible by the support of the American people through the United States Agency for International Development (USAID) and Internews. The contents are the sole responsibility of the Academy of Ukrainain Press  and do not necessarily reflect the views of USAID, the United States

International Renaissance Foundation was one of the founders for the monitoring survey.