Despite disillusionment with Ukrainian government, 84% of residents from East and South want Donbass remain Ukrainian

Kyiv International Institute of Sociology conducted a survey «Counteraction to Russian Propaganda in the Conflict Region» by the order of NGO Telekritika. Interviews were held from February 26 to February 28, 2015 and covered citizens of five regions - Kharkiv, Odesa, Kherson, Donetsk, and Luhansk including the occupied areas. 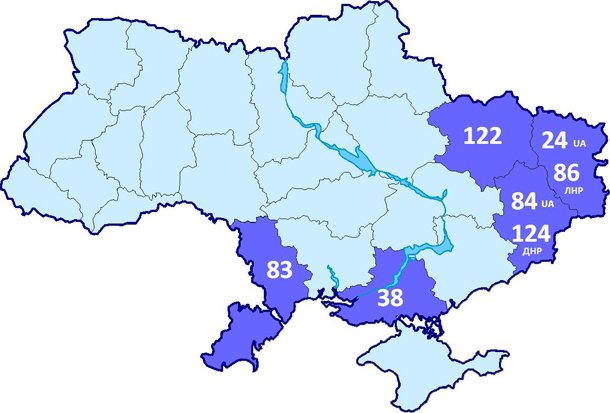 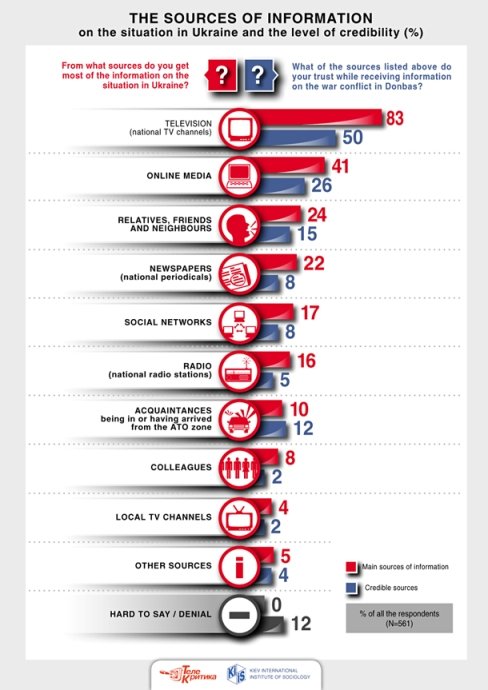 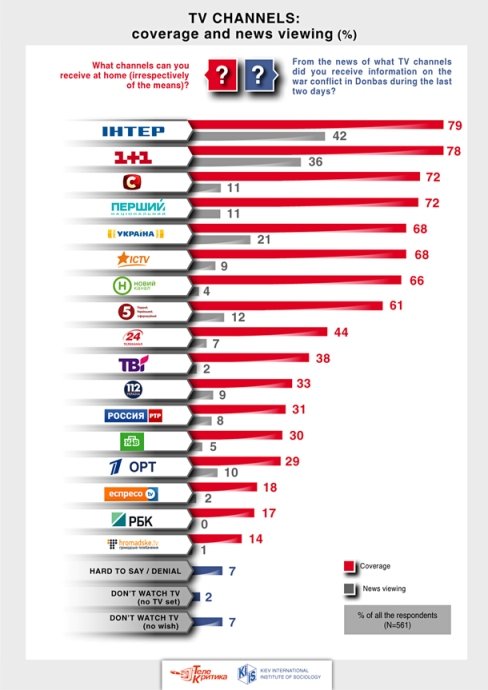 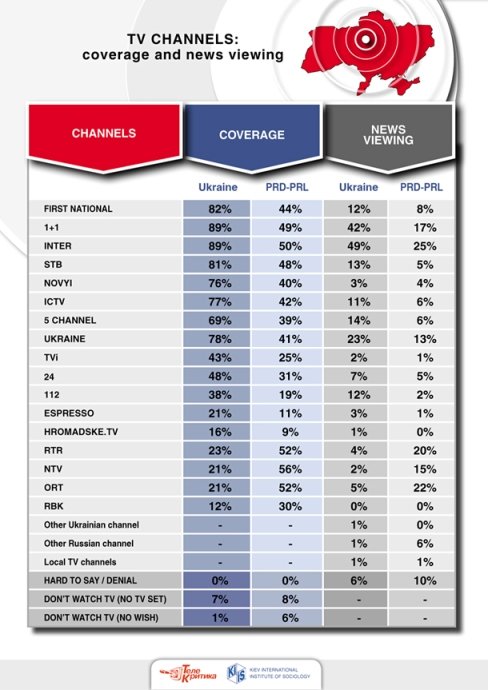 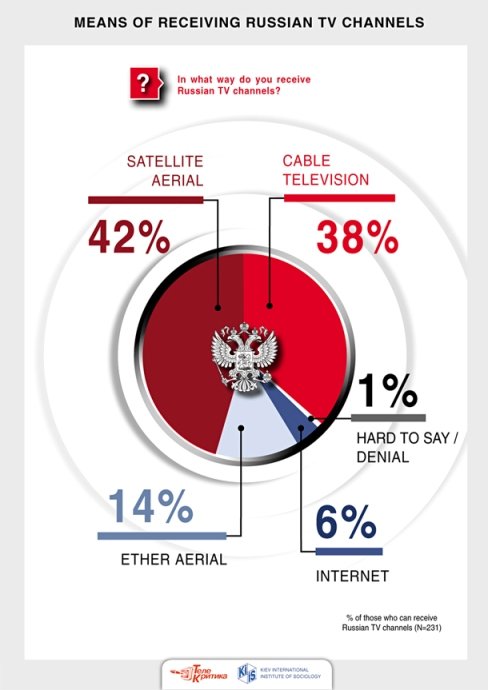 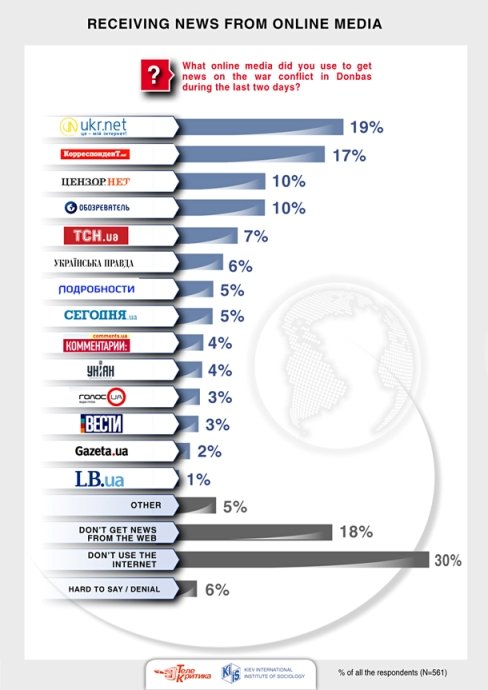 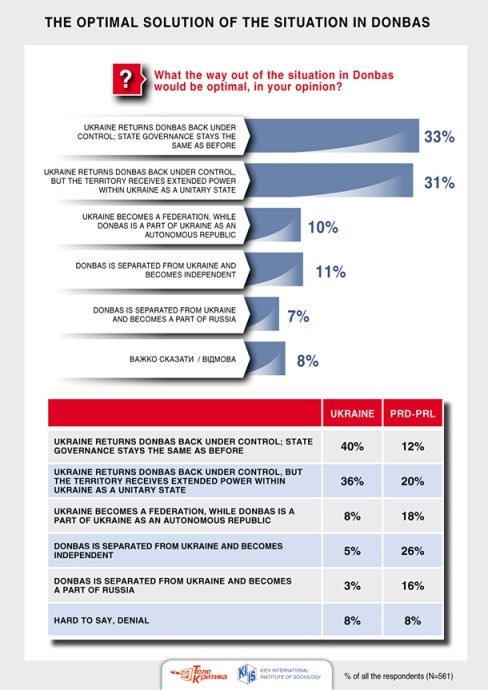 Analytical report on the study “Counteraction to Russian Propaganda in the Conflict Region” is avaible online at http://osvita.mediasapiens.ua/monitoring/in_english/analytical_report_on_the_study_counteraction_to_russian_propaganda_in_the_conflict_region

The sample of the survey is representative for adult urban population of five oblasts: Kharkiv, Odesa, Kherson, Donetsk, and Luhansk (including the regions being at entry out of the Ukrainian control). All in all, there were 561 interviews conducted in 124 communities by the CATI method (computer-assisted telephone interviewing).

The representation sample is stratified according to oblast and community type (regional centre, cities with population over 100,000 inhabitants, cities with population from 20,000 to 99,000 inhabitants, towns with population less than 20,000 inhabitants). Besides, Donetsk and Luhansk oblasts were divided into the territory under the Ukrainian control and the territory controlled by «People’s Republic of Donetsk» (PRD) or «People’s Republic of Luhansk» (PRL). Several random telephone numbers were selected from the database within each stratum. A quota selection of respondents by gender and age was applied at the last phase of the survey. The influence of inner migration from the ATO zone on the actual number of population in each oblast was calculated according to the public information of the UN Refugee Agency. The survey has taken to account the UN Refugee Agency information on the percentage of inner migrants in other oblasts and the results of the previous KIIS studies intended to find out the amounts and direction of migration from «People’s Republic of Donetsk,» «People’s Republic of Luhansk» and front line territories of Donetsk and Luhansk oblasts. Therefore, the ratio of respondents from PRD and PRL has been reduced from 37% to 27%.